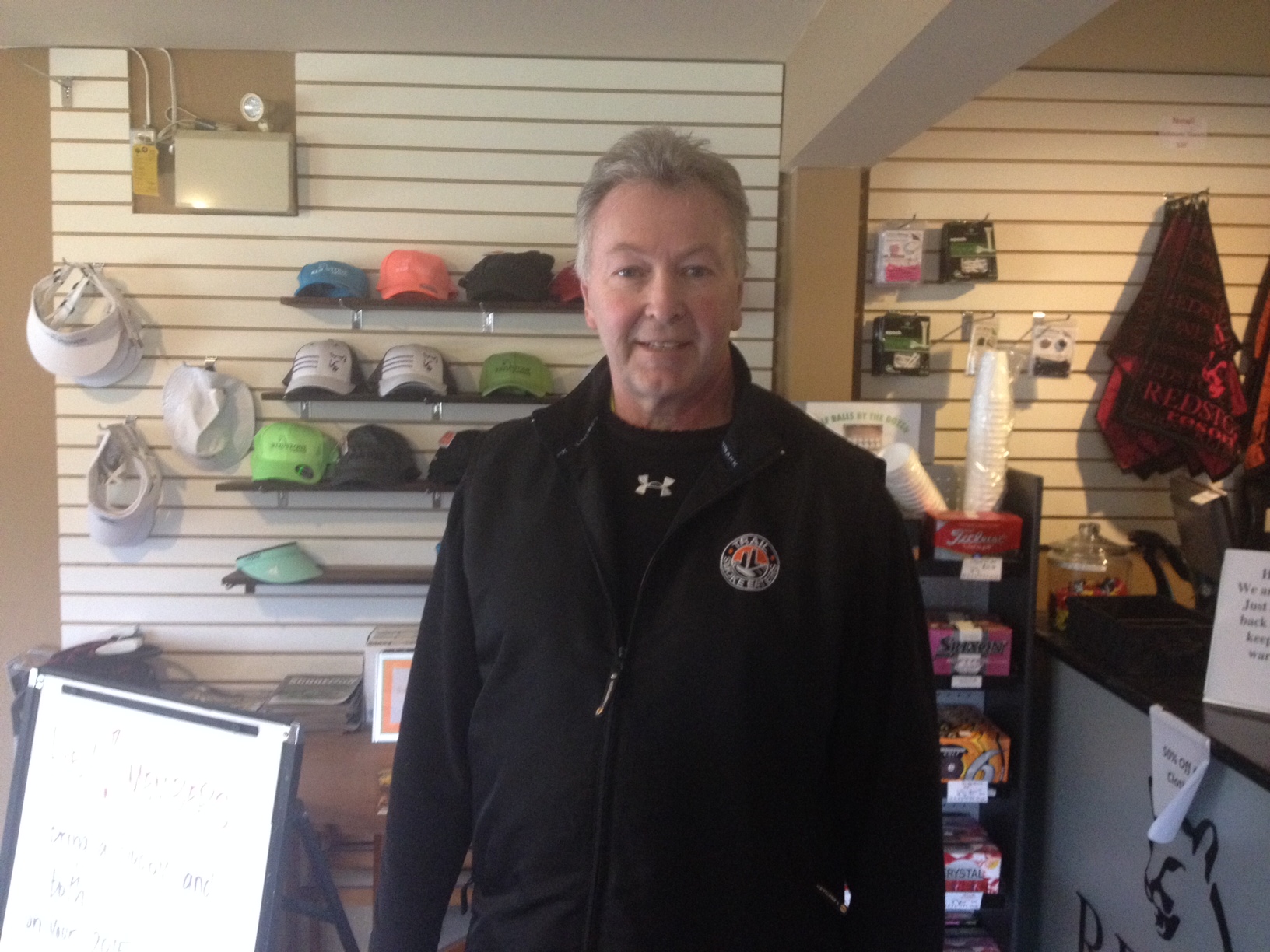 I am an old Hockey Player.  As such, I have a pile of stories from College where I played for the University of Alaska Anchorage, Seawolves and various Junior Teams across BC.  What I can tell you without getting into trouble with my kids and spouse is hockey is full of colorful characters with generous personalities and strong loyalties. Just as I was sitting down to right this local assistant Coach with the Trail Smoke Eaters, Barry Zanier walked into the Golfshop.  I snapped a picture and looked up his stats in the WIHL.  He played for the Nelson Leafs his last season and his stats are below.  They go games, goals, assists and Pims.  I am sure Barry has a mind full of stories back from his playing days.  Great memories from a brief moment in our individual history.    What I have always wanted to do is get a bunch of old players together and listen in on stories from when they played.  On May 23 this year the Trail Commercial Hockey League is having their golf tournament at Redstone.  I asked if I could invite teams from Nelson and Castlegar to throw teams into the tournament.   If your interested in playing 18 holes at Redstone and you can get three other guys together that played hockey at a high level or played in your local commercial league, junior league, semi pro, college or pro and you want to visit with guys that played the game then this might be your thing.

Oh yeah its $69 bucks for 18 holes cart and diner.  Any side betting is strictly forbidden accept Kyle Mace can’t hit a ball straight so long drive must be on a fairway.

The history of Hockey in this area is awesome.  Below are Barry’s stats and a brief note on his league.

The Western International Hockey League was a senior amateur hockey league that operated from 1946 until the mid-1980’s. It was located primarily in British Columbia, and evolved out of the West Kootenay Hockey League.

The WIHL was formed in the summer of 1946 with teams in the British Columbian cities of Kimberley, Trail, Nelson, and two US-based cities, Spokane Washington and Los Angeles California. The team’s championship trophy was known as the George Montgomery – Dinah Shore Trophy, as it was donated by that famous entertainment duo.