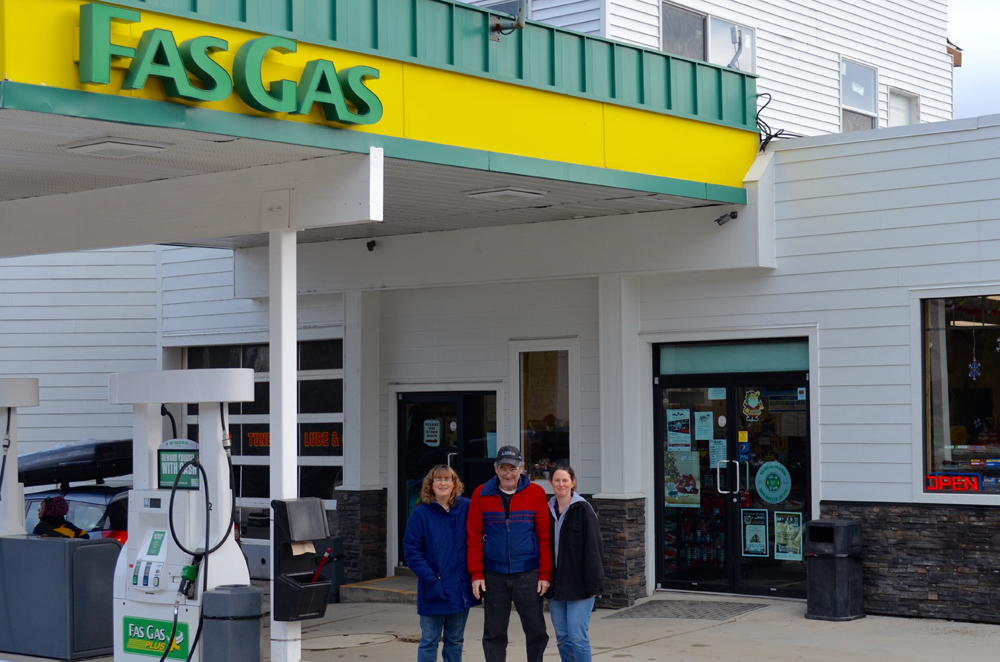 Family Business in The Kootenay’s

Hello everyone, my name is Christine Coombes and I would like to tell everyone my family’s story of being entrepreneurs and living in The Kootenays. I currently help run my family’s business, The Warfield Fas Gas with my sister Margaret Ann and my parents Bill and Margaret Herd.

Our story starts out in a different country 71 years ago. My dad was born and raised in a small town in Scotland called Denbeeth. His dad who worked the mines knew he had to get the family out of Scotland so they would have a better life. He got his chance when he got a small settlement from the mine he worked at. He asked the family if they wanted to stay in Scotland or move to Canada. They all chose Canada.

My Dad arrived in Canada in 1961 and started apprenticing at Kay Motors to become a mechanic. He met and married my mom in 1968 and my brother came along and then I and my sister soon followed.

My dad always wanted to run his own business and he realized his dream in 1975 when he got the opportunity to run Sunset Texaco (it used to be where McDonald’s is in Trail). He was originally partners with Rod Crockett, and then a year later his partner was Geoff Smith. That partnership only lasted a year as well and then my dad got smart and made my mom his new partner in 1977. When my dad ran Sunset Texaco he was a manager for Texaco and he did not own the business, so in 1983 Texaco management came in and cancelled my dad’s lease and gave him 30 days to get out.

My parents had a rough go during the early ‘80’s like many people. The economy was in a huge recession and a lot of people lost everything. My dad persevered, and was still determined to own his own business. He won a court battle against Texaco for the way they revoked their lease and used that money to start Columbia Auto Wrecking in Waneta. The used auto parts business was a new thing at that time in 1984 but my dad struggled along until 1988. He sold the business for pennies and that was when he took my mom up to Warfield and showed her the old run down Esso station.

My mom was very skeptical, they had no money but my dad talked her into looking closely at opening his own service station. This time though he told her that he wanted to own the business not just be a leasee for an oil company. He never wanted anyone to come in again and kick him out.

At the time there was a lot of competition in the gas station business. There were three gas stations in Rossland, and four in Trail. My dad approached Shell and asked if they were interested in having a station in Warfield. To begin with they were not really on board. My dad went a got all the financing in order. He went to the business development bank and the Warfield Credit Union. When he got all his ducks in a row Shell decided to give him a shot. The only thing Shell gave to him was a couple of old signs. That was enough though, he had a flag.

I had just graduated at the time and I was there to help build this business. It was a lot of work. We had to rebuild the old Esso station and it was a great feat. At the time my grandpa was still alive and he was the main reason the whole thing came together. He was a carpenter and all of us were there morning till night doing everything we could to help. We finally made the dream a reality and in May 1989 Warfield Shell was born.

For the first 15 years my dad eked out a living with all of us working with him. We had all become married and started our own families but my sister and I stuck around to help my parents. None of us were getting rich but we had to work hard and not lose this business. Finally in 2003 my sister and I convinced my parents that the only way we were to survive was to convert two of the mechanics bays into a convenience store. There just wasn’t enough mechanic work to keep the business running. One morning I showed up and took a sledge hammer to a wall and said OK let’s make this store happen. Again on a shoestring we converted two bays into our convenience store. This time though we had the help of our own spouses and their skills came in handy. That convenience store saved our business. Shell was happier now and they even put up new signage.

We continued on with Shell until 2009 when they decided to pull their Flag. Up until then our fuel was hauled by Benson’s and Shell decided to go long haul. They did not think a B Train Semi would be able to unload fuel because of the slope of the hill, and for that reason they pulled out. Another decision to make, who we wanted to do business with. We talked to everyone and decided that Fas Gas’s cash back program was best for our customers, so Fas Gas it was.

We have now been a Fas gas station since 2009 and things have not always gone smoothly but as always we have persevered. My sister and I have taken over a lot of the day to day running of the business but my dad still comes in everyday and has coffee with his mechanic Lance Taylor. He is not only a great mechanic and friend to my dad but a great help to us in the store.

We truly love living here in the Kootenays and really love helping our parents run the business they created from nothing. Our customers mean a lot to us and we do everything we can to make people feel welcome in our store. A family business is a tough thing to do but it also has many rewards.

As a teenager I wanted to do what every teenager wanted, I wanted to go to the big city and live the big life, but I discovered you can really love living where you grew up and have a rewarding life as well. 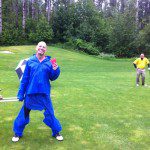